I like to take (long) trips and this website is the place where I keep my journals, pictures, GPS-logs and other goodies. The menu shows my (translated) travel journals (from new to old); the bottom part of this page shows what happened in my life since I was bit by the travelbug. 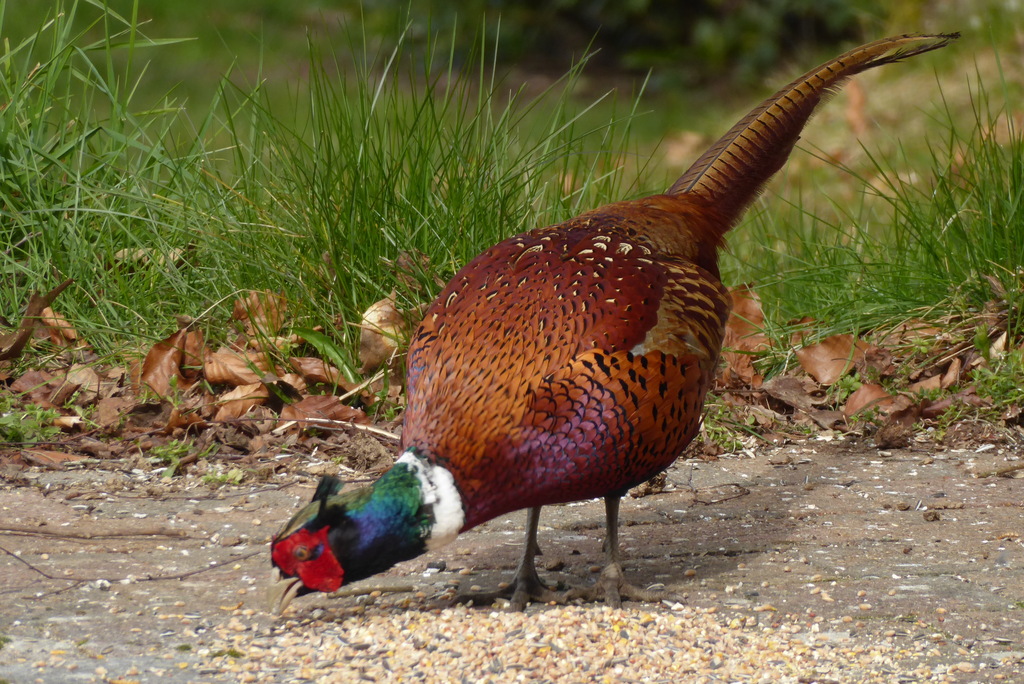 This is our first blog entry in three months, because today, April 8th 2020 at 11:00 am, we would be flying back to Mexico. It turned out to be a little different... 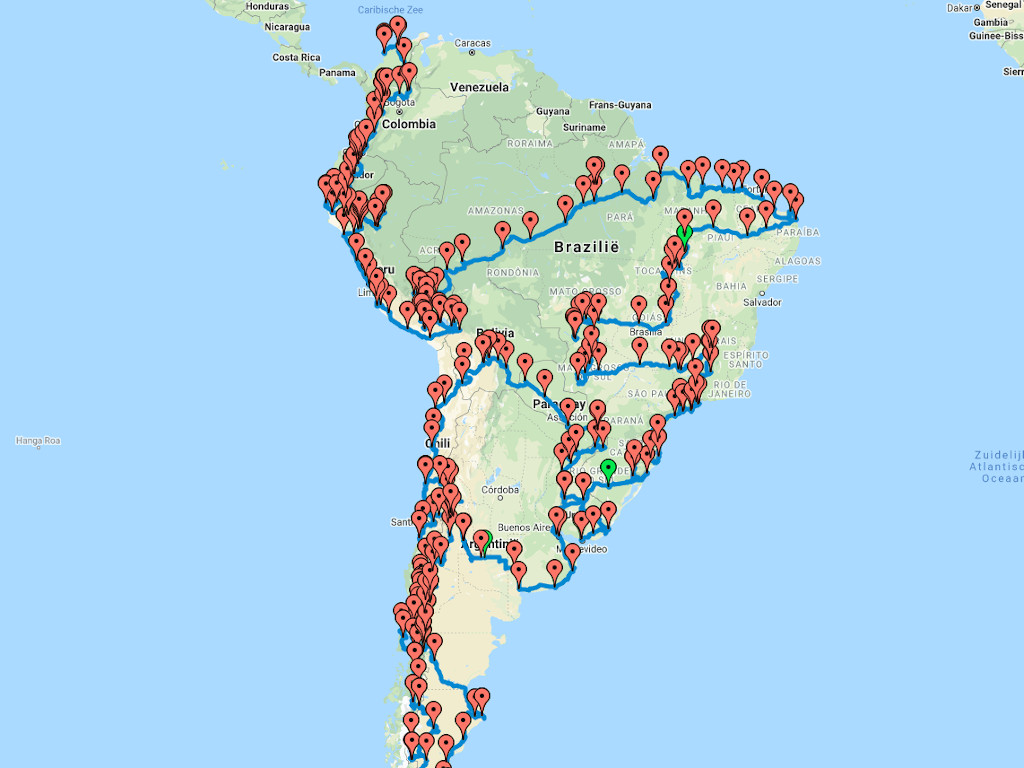 This page shows, for those more visually inclined, the (irregularly updated) GPS track of our route. Also, you'll find (a selection of) our pictures.

In 1991, I got my motorcycle driving license. Because I basically only worked before then, I was in dire need of a hobby. I used to ride a moped to swim training when I was very young and I remembered how it felt. Anyway - I started scuba diving and motorcycling in 1991.

For some reason, many motorcyclists start with a chopper-like model. The reclined seat, the shiny chrome, the heavy blows of the two-cylinder - it probably contributes to the attractiveness, which is beyond me now. My first bike was a Yamaha Maxim 700, quickly followed by a Honda Shadow (also 700 cc). Not long after that, a first BMW followed: K1100LT (also popular with police in a few European countries). That machine called for long, long rides. For fun, I once drove 900 miles to Budapest for a business conference (and did not fly there, like everyone else) on that motorbike. It rode that comfortably.

But in the end, you drive in circles. You come back (after a few thousand miles) to where you started and maybe you were 'gone', but your daily worries remain. You don't become 'free'. My dream: To be able to drive in a straight line for an indefinite period of time, or at least not to return home for the time being. To drive on. Away. Far away. "Australia sounds quite far", I thought, and the destination was chosen. The choice for an BMW R1100 GS was equally poorly considered. That's how the preparations for my first journey started, of which I had no idea I would be able to do it, where it would go, what it would be like. It was Daan van der Keur who spoke the wise words: "Just go". I didn't really understand those words until I got back. This way of traveling is about being free. Free from everything and foremost free from planning, because it’s impossible to plan such a trip.

I left my house on May 19th, 1998 and arrived in Australia in May 1999. I spent until late July touring down-under. During this 14-month trip, I've kept a journal in my native language, Dutch. I used to send issues to friends and family every once in a while. My plans did not include to write something as lengthy as it turned out.

A number of things happened to me during this trip that determined the rest of my life. My mother was (already) terminally ill during the trip, my girlfriend at the time dumped me during the trip and I was involved in a fatal accident. The latter is told in episode 17b, in the chapter "The accident".

But these journeys are not all doom and gloom: the heartwarming hospitality of Vincent and Alison in Australia, the great rides to the Chinese and Afghan borders in Pakistan, the scuba diving in Malaysia: there is always adventure while on the road.

After I returned from the first trip, I flew to California one more time to see if Carolyn wanted reconsider dumping me. No such luck.

Not long after that, I met Miriam (again) - soon we lived together and we made big plans: traveling the world together. There was a tiny problem: Miriam had no motorcycle, and no motorcycle license. But she solved that in a reasonably short time.

We wanted to see if the equipment was complete and if everything worked. We found a few small problems: too little rope and pegs for the tent, a 12 to 6 Volt converter that interfered with the world receiver, a leaking drinking water system, our pan was too small for two people, a cotton sweater that, once wet, would never dry, and so on.

It turned out that we were pretty ready for the big trip. I also took the opportunity try a new writing style. These reports have not been translated.

Miriam and I left by plane on November 26, 2002. For an entire year or at least, that was the plan. The motorcycles had already started their ocean voyage 6 weeks ahead of us. At about the same time as the motorcyles, we arrived in Chile. From Valparaiso, the port near the capital Santiago, we drove South. It got colder and colder, but we arrived on Tierra del Fuego before the turn of the year 2002/2003.

After that it got warmer, fortunately. It was very warm in the deserts along the Peruvian coast. In Peru, Mirjam became very ill and spent a week in a hospital. She didn't get better during the five weeks that followed. In the end we threw the towel (almost) at the equator. Mirjam slowly recovered once we returned.

These reports (both by Miriam and myself) have not been translated.

My travel virus also acts up in the years in which I cannot undertake long journeys. The restlessness inside me can be relieved (somewhat) with shorter trips with friends, for example. Marcel and I made such a journey for a number of years in the autumn, the first times without a story being written about it. For example, we traveled the Great Alps route in 2004 and Portugal in 2005, so we knew that we could handle some 'more'.

On August 28, 2006, we headed south to arrive in Aqaba, Jordan (a few weeks later). We both made a report of it, each in their own way. These reports have not been translated.

After the crash in the Jordanian desert on the way to Aqaba, some repairs had become necessary. Coincidentally, I had a crashed R1100 GS in parts on the shelve. It was obvious to borrow not only the rear frame, but also the engine block.

In the winter of 2008/2009 I took everything apart, cleaned all parts, overhauled or replaced broken ones. My moped with (then) 210,000 kilometers (130,000 miles) on the clock feels a lot better: the donor heart that had traveled 7 times less distance, the new wheel bearings and the renewed Öhlins spring elements kept this old lady alive for a long time.

On June 14, 2009 I left for Miami, where my bike (finally!) had arrived the day before. The American government had some extra delay in store for me, but on June 18 I was finally able to set off.

Unfortunately, this trip (also) ended differently than I had planned, namely with a hip fracture in Costa Rica, just before the Panamanian border (in March 2010). In April of 2011 I finally had the opportunity to pick up my bike and went back.

What can I say? "The annual alarm went off again"? Every now and then the travel bug rears its head: after the tired motorcycle had been waiting in the garage all winter, where she was put back in order, and when the days got longer again ... then I needed to go out! Turkey, that's not too far and yet 'different'. And so I left in May 2012!

The reports for this trip have not been ... written and therefore not translated either.

While I had to wait in Panama to ship the bike back to Europe, I realized that I had run of of continents. Antarctica is impassable, and Africa and I are incompatible (due to ubiquitous corruption). When I arrived at a marina I noticed ... travelers! But these travel around the world by sailboat. They were preparing for their passage through the famous canal and I could feel their very recognizable excitement over getting into the unknown.

On July 26th, 2016 Isabelle chose an (arbitrary) date as the day we would leave. For ourselves, but also for all other people around us. A dot on the horizon to make it clear to everyone that we would leave on August 18, 2018 (8-18-18). The sons would all have their master's degrees (and some even a master-after-master), hopefully a job and housing. Isabelle had to say goodbye to the patients and colleagues in both her offices. A purpose had to be chosen for our houses. And of course a car had to be bought and prepared. Choosing a date to work towards helps a lot.

Initially we wanted to drive the Silk Road. However, that would have led to some haste because we should have left the Pakistani part of the Himalayas before the onset of winter (in December?). It was better to start on the Southern Hemisphere, where we could start (in September) in the spring and not be in any rush. And if we were allowed to 'waste' time, we chose to cross the ocean in 30 days on a freighter (which also already transported the car). A cargo boat of more than 200 meters cannot be compared to a sailing yacht, but at least we 'sailed' across the ocean!

Our boat would not leave until August 17; after rebooking four times on two other boats, it became the Grande Nigeria that finally started our crossing to Montevideo, Uruquay on August 31, 2018 from Antwerp (via a detour through Hamburg).